(Featured Image: Dez Dickerson shoots Prince a bemused look, not for the last time, at the 1982 Minnesota Black Music Awards while Brown Mark looks on; photo stolen from Housequake.)

When he wasn’t busy upgrading his home studio and recording his first Top 10 hit, Prince spent the better part of May 1982 soaking up some long-awaited hometown acclaim. On May 12, he attended the inaugural Minnesota Black Music Awards at the Prom Ballroom in St. Paul, where he was honored in the “Rhythm & Blues” category alongside protégés the Time and fellow-travelers including Enterprize, Pierre Lewis and the Lewis Connection, and Sue Ann Carwell. According to biographer Per Nilsen, his acceptance speech was delivered “in such low tones that no one could hear him” (Nilsen 1999 100).

Two weeks later, on May 24, he was back at the Prom–which, the Twin Cities Music Highlights website ominously notes, “refused to turn on the air conditioning”–for the second annual Minnesota Music Awards, sponsored by the alternative weekly City Pages. Prince was nominated, either himself or by proxy, in eight categories: Best 45 or EP (“Controversy,” the Time’s “Get It Up”), Best LP (Controversy, The Time), Best New Act (the Time), Best Electric Guitar (Dez Dickerson), Best Male Vocalist (himself), Best R&B/Funk/Soul/Band (the Time), Best Producer (himself, for Controversy), and Musician of the Year (himself). The night’s big award went to him; this time–maybe because he’d just recorded “Little Red Corvette” four days earlier–he accepted it with a little more swagger, asking, “When do they give the award for best ass?”

Memorable quips aside, Prince didn’t actually perform at the Minnesota Music Awards ceremony; but the Time did, making their first public appearance since the end of the Controversy tour two months earlier. Seeing his side project in action again–and watching them take home the R&B/Funk/Soul award–may have been what prompted Prince to get back to work recording their second album, which he’d left in a state of suspended animation since his sessions at Sunset Sound in January. Those sessions had produced “The Walk,” “Gigolos Get Lonely Too,” and “Wild and Loose,” all of which made it onto the final track list; as well as “Bold Generation” and “Colleen,” which did not. An early version of “Jerk Out,” which the group would ultimately re-record for their 1990 album Pandemonium, was also mooted and discarded around the same time. But it was “777-9311,” recorded in late May or early June at Kiowa Trail, that gave the nascent album its linchpin.

END_OF_DOCUMENT_TOKEN_TO_BE_REPLACED

I gave myself a little hiatus from the dance / music / sex / romance podcast after Celebration 2018, but now we’re back in business with guest Takuya Futaesaku, author of the book Words of Prince. Takki and I talk about his book and his experiences as a Prince fan in Japan; it was a pleasure to speak with him, so hopefully it will be a pleasure to listen, too!

You can check out my review of Words of Prince here on the d / m / s / r blog. You can also subscribe to the podcast on your aggregator of choice (iTunes, Stitcher, Google Play), and consider leaving a review to help spread the word. Special thanks this episode go to Crystal for helping me track down the Japanese shows you’ll hear during the podcast! I’ll be back soon, hopefully next week, with another blog post.

END_OF_DOCUMENT_TOKEN_TO_BE_REPLACED 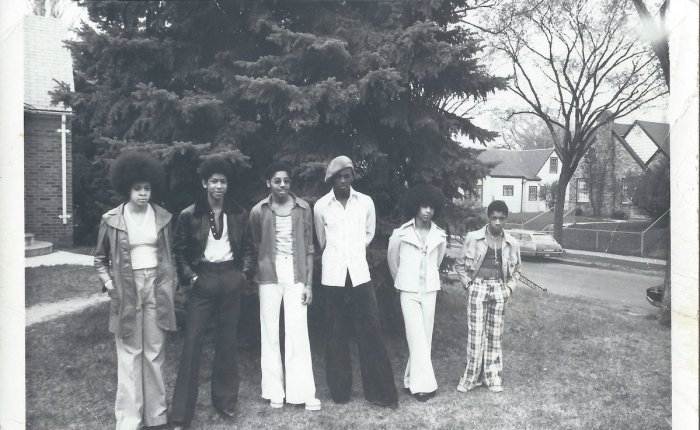 In the fall of 1972, André Anderson walked into the new student orientation at Bryant Junior High and locked eyes with a kid who reminded him of himself. “I didn’t know any of these people, and they just looked weird,” he told Wax Poetics in 2012. “I looked down the line, and I saw this kid and I thought, ‘He looks cool.’ I went up to him and said, ‘Hey, how you doin’? My name is André.’ He said, ‘My name is Prince.’ I said, ‘What are you into?’ He said, ‘I’m into music'” (Danois 2012).

André was into music, too. He played horns, guitar, and bass; Prince played piano and guitar. In addition to their mutual talent, both teens were mutually ambitious: André later recalled to Billboard magazine how he “started talking about how [‘]I’m going to be this[’]. And he’s [‘]yeah, me too[’]. Next thing you know we became best friends.” They went back to John Nelson’s house, where Prince was living at the time, and jammed; Prince showed off his expertise with the theme songs from The Man from U.N.C.L.E. and Peanuts. That same day, they learned of a weird coincidence: André’s father, Fred Anderson, used to play in the Prince Rogers Trio with Prince’s father John. Pretty soon–“maybe within the week or month,” according to André–he and Prince had formed a band of their own with Prince’s cousin, Charles Smith (Cymone 2016). The group went through the usual teen-band assortment of quickly-discarded names–“the Soul Explosion,” “Phoenix” –before finally settling on “Grand Central.”