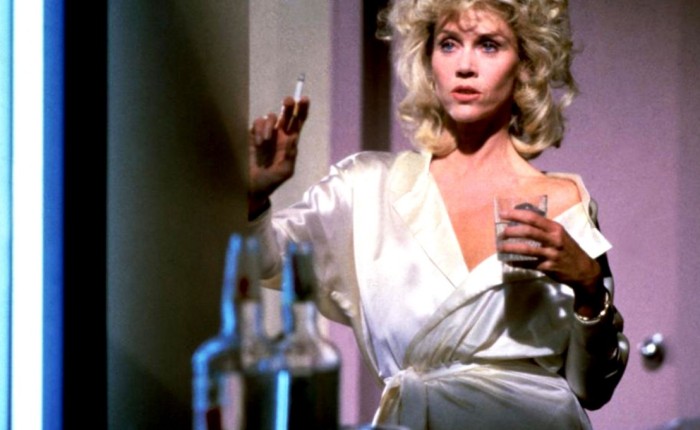 The last time I shared an episode of Prince: Track by Track, I promised that my next post would be something more substantial; so, to keep that promise, I held back on sharing this latest episode until now.

I have to confess that I wasn’t familiar with “The Morning After” until I signed up to talk about it; I bought my copy of LOtUSFLOW3R on CD (from Zia Records in Tucson, Arizona), so I was only familiar with the configuration of the album that included “Crimson and Clover” instead. I literally listened to the song seconds before recording this, so you’re hearing my unfiltered first impressions here:

Prince Track by Track: “The Morning After”

Also, this week I noticed a curious spike in views for one of the most obscure songs discussed on the blog: a late 1978 demo that has been circulating under the title “Nadeara.” Turns out the reason for all the attention was one of Prince’s old notebooks, currently up for auction, which contains (among other things) a breakup letter from the real woman who inspired the song. Also, it turns out we’ve been spelling “Nadira” wrong all these years. Oops. Anyway, I’ve added a photo of the note to the post on “Nadira,” the song, and also included it below for those who might be interested:

This is usually where I would make some kind of vague promise about when I’ll be posting again, but I’m actually not going to nail anything down yet because I know that the next piece I write is going to be longer and more research-intensive than usual. I will just say it’s a pretty significant chapter of the “story,” and I hope you’ll enjoy it once it’s ready. 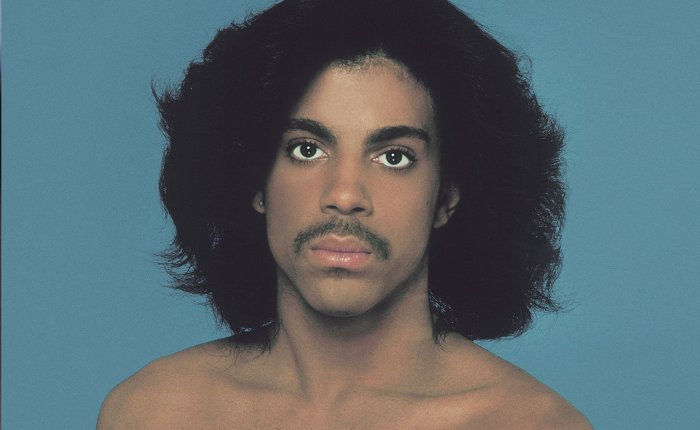 October 19, 2018 marks the 39th anniversary of Prince’s self-titled second album–not the most glamorous occasion, perhaps, but reason enough to reassemble the review panel from our For You podcast for a reappraisal. Once again, Zach is joined by Harold and KaNisa for a track-by-track discussion of this underappreciated album, its resonances throughout Prince’s career, and why it still matters.

podcast, you can subscribe to dance / music / sex / romance on your aggregator of choice (iTunes, Stitcher, or Google Play); and if you like what we’re doing and want to spread the word, please leave us a review! In the meantime, the d / m / s / r blog will return next week with one last track from 1981.

END_OF_DOCUMENT_TOKEN_TO_BE_REPLACED 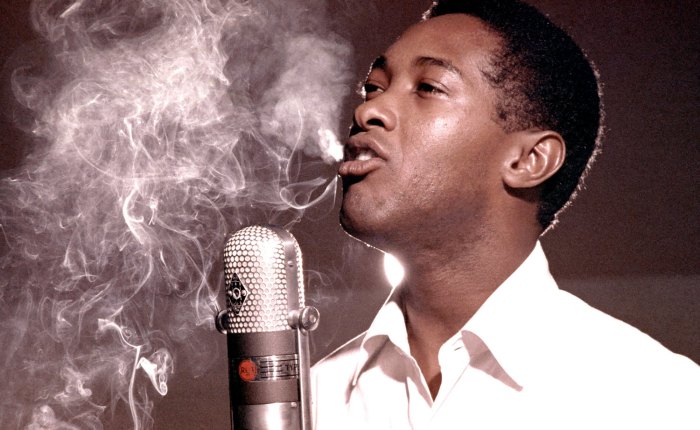 In late 1979, an interview with Prince appeared in the African American teen magazine Right On! The interviewer, Cynthia Horner, was one of the up-and-coming artist’s earliest champions in the media, yet even she was not spared the usual quirks of his interactions with the press; to her growing exasperation, Prince spent most of the article deflecting her questions with flirtatious evasions. But then, just as Horner seemed about to give up and asked him the hoariest teen-mag question in the book–does he have a girlfriend?–Prince gave a response that feels disarmingly real: “I had one but she left me. I wrote some songs about it on the album

.” At her expression of disbelief–“Do you know how many young ladies would love to fill her shoes?”–he replied,  “That’s why she left me” (Horner 1979).

It’s perhaps a tribute to Prince’s growing facility as a pop songwriter in 1979 that I never suspected the songs of love and heartbreak on his second album were inspired by real women; they feel much too universal in their vagueness, like the dozens of songs for imaginary girls by John Lennon and Paul McCartney. And yet, Prince suggested to Horner–and the various biographies agree–that several of his songs from around this period were inspired by his early girlfriend, Kim Upsher. Upsher, you might recall, was probably Prince’s first “serious” relationship; when he moved into his house on France Avenue in Edina, she was the one who helped decorate and made it feel like a home, rather than a glorified studio space. Due to the deliberate fudging of Prince’s age around this time, she’s often assumed to have been his high-school sweetheart; biographers Alex Hahn and Laura Tiebert, however, have clarified that they didn’t begin dating until around the time he signed to Warner Bros.–though he did apparently nurse an intense crush for her in high school, while she was seeing his close friend Paul Mitchell (Hahn 2017).

END_OF_DOCUMENT_TOKEN_TO_BE_REPLACED

I’m not gonna lie, folks: this “chapter” of the blog wasn’t always easy to get through. I mentioned before that For You is my least favorite album of Prince’s “classic period,” and his outtakes from that time are, well, outtakes. If nothing else, however, this was valuable training for when I have to trudge through the parts of his discography I like even less; the other day I realized that at some point I’m going to need to spend a couple of months on Carmen Electra’s album, and I promptly broke into a cold sweat.

So, in addition to my usual “thank-yous” for reading, I’d like to also thank my readers for being so patient in the five months (!) between this and the last roundup post. I’m sure this won’t be the last time I feel some burnout on a project that, I’m well aware, will be a part of my life for the next several years. All I can do is continue to do my best and try to do the material justice, even when it doesn’t especially excite me.

And hey, in case you were wondering what songs excited me least, here’s the ranking:

11. 1978 Instrumentals No surprise here: like his home recordings of 1976, Prince’s France Avenue instrumentals are For Devotees Only. But man, what a treat that we get to hear them at all.

10. “Baby, Baby, Baby” Another one for the Devotees Only list: basically just a couple minutes’ worth of Prince strumming and scatting, and yet here I am writing about it 40 years later like it’s the Holy Fucking Grail. If this was just some guy in a coffee shop, it would be unbearable; but it’s Prince, and somehow that makes all the difference.

9. “Donna” A cute, if clearly unfinished little ditty. Also gave me an excuse to share a pretty dope photo of Donna Summer.

8. “Down a Long Lonely Road” The fact that this is ranked so high is proof that I’m being as subjective as possible: it’s barely a song, but what can I say, I like the pure and simple gospel feel. Would have loved to hear this develop into something more.

7. “Make It Through the Storm” I know this is a popular outtake, but it’s not my favorite. Still, an interesting reminder that even in the For You era, Prince didn’t sound quite like anyone else: this is the exception that proves the rule.

6. “Nadira” I bet he writes songs like this for all the girls.

5. “Miss You” My favorite of the post-For You demos by default: it’s the only one that really holds up as a complete song. Well, with one exception…

4. “Wouldn’t You Love to Love Me?” This is low-key one of Prince’s best early pop cuts, and it dates back all the way to 1976. Would love to hear the Sue Ann Carwell version one of these days.

3. Loring Park Sessions Would I care about this if it wasn’t by Prince? Probably not; like I said in the original post, it’s perfectly good jazz-funk in the Herbie Hancock vein, but nothing earth-shattering on its own merits. The fact that it is by Prince, though–recorded before his first album!–makes it a fascinating listen. I also feel like I’ve seen someone on the Internet share a link to Prince’s “mind-blowing early jazz sessions” at least once a week since last April, so if nothing else these should be easy to track down.

1. “We Can Work It Out” As a blogger used to toiling in obscurity, I can appreciate an idea like this: a superbly-crafted disco-funk-pop-rock opus only meant to be heard by a handful of people; an elaborate private joke that could have been a legitimate hit. Oh, and check out the handwritten lyrics! These were acquired late last year by the Minnesota Historical Society; I hope they don’t mind me sharing the image below. I’ve also added it to the original post for posterity’s sake. Gotta love that racy doodle.

In case you missed it, I also just wrote a rather lengthy post discussing Prince’s first band and his live debut as a solo artist:

Finally, here’s a song without a home for the time being. I wanted to write about “Moonbeam Levels,” the first officially-released outtake since Prince’s passing, while it was still relevant. I’m sure I will revise this post by the time we get to 1982 in our official chronology, but here it is for now:

And of course, it wouldn’t be a roundup post without a snapshot of the ol’ tag cloud:

Next week, we’re finally making the leap into 1979 with a post on one of Prince’s early classics: “I Feel for You.” I’m looking forward to it! In the meantime, remember that you can always see the full chronological index of songs right here.