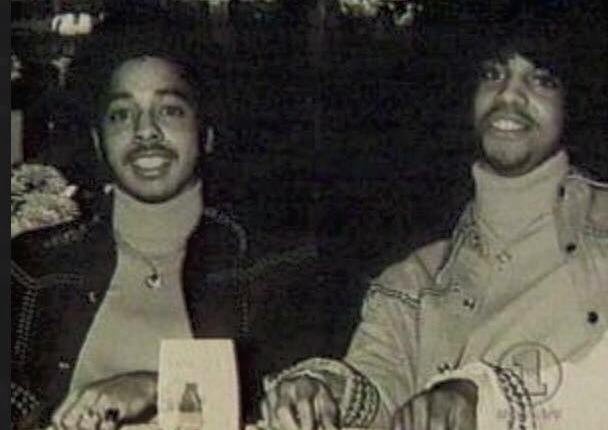 The first four tracks recorded for the Time’s second album were all good to great: “The Walk,” “Gigolos Get Lonely Too,” “Wild and Loose,” and “777-9311,” each a highlight of the group’s overall catalogue. So, to truly live up to the legacy of their 1981 debut, they were long overdue for some filler. Recorded around the same time as “777-9311” in late Spring 1982, “Onedayi’mgonnabesomebody” was exactly that: a slight, palate-cleansing trifle to fill out the first side of the album.

END_OF_DOCUMENT_TOKEN_TO_BE_REPLACED

(Featured Image: DJ Steve Holbrook in the booth at the Taste Show Lounge in Minneapolis, circa 1983. Note the Time poster on the right. Photo by Charles Chamblis, stolen from the Minnesota Historical Society.)

Beginning with his third album in 1980, Prince had been steadily building up a mythology–occasionally bordering on a philosophy–for himself. Dirty Mind had “Uptown,” a clarion call for hedonism that eradicated all racial and sexual boundaries. 1981’s Controversy, of course, had its epic title track, a declaration of selfhood through the negation of fixed identities; as well as “Sexuality,” a return to the themes of “Uptown” with a new quasi-religious fervor. For his fifth album in 1982, he offered something even more blunt and to the point: a musical manifesto based around the four words, “Dance, Music, Sex, Romance.”

Though it was never released as a single–and, in fact, was left off the original CD release of 1999 due to space constraints–“D.M.S.R.” holds a privileged position in Prince’s discography. Dance Music Sex Romance was of course the title of the 1999 biography and session chronicle by Per Nilsen, long considered definitive by fans of the artist’s early career. It’s also, obviously, the title of this very blog, because I figured if Per’s not going to use it anymore, somebody’s gonna have to. Its attraction to writers on Prince is self-evident: as Dave Lifton writes in his post on the song for Diffuser’s 365 Prince Songs in a Year series, “Dance. Music. Sex. Romance. Add God into the mixture and you’ve more or less got the formula for every song Prince released in his life” (Lifton 2017). Way back when I first started d / m / s / r in 2016, I posited that it would make a great title for a career-spanning collection like Johnny Cash’s Love, God, Murder, with a disc devoted to each theme.

END_OF_DOCUMENT_TOKEN_TO_BE_REPLACED 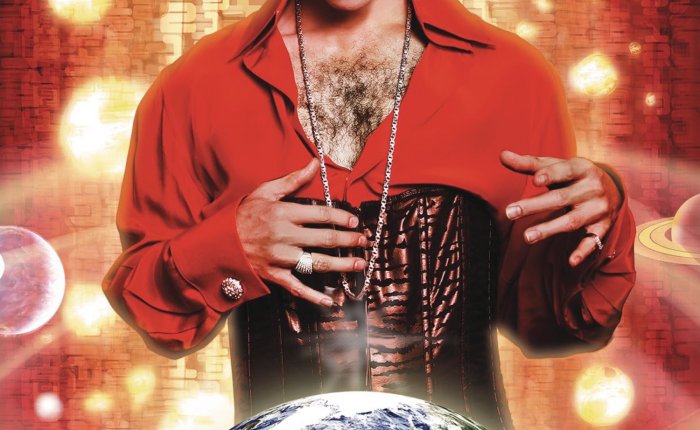 (Featured Image: Prince presides over his domain on the cover of Planet Earth, 2007; © NPG Records.)

It’s been a little bit of a crazy week, so I’m afraid we’re going to have to wait a while longer for my next real post on “All the Critics Love U in New York”; but I haven’t been completely lax in my Prince-writing duties. Over at Spectrum Culture, where I occasionally lend my pen, I reviewed the new batch of vinyl reissues from Prince’s mid-2000s “comeback” era:

These weren’t my favorite albums when they came out, and to be frank they still aren’t (though 3121 aged pretty damn well); but they cover a period of great historical interest, and I’m glad they’re being made available for a new audience. If you haven’t picked up your own copies yet and you want to support d / m / s / r, you are welcome to do so through these Amazon affiliate link: Musicology, 3121, Planet Earth.

On a somewhat Prince-related tip, I also wrote a piece for Spectrum this week about Beck’s Midnite Vultures, which is turning 20 this year in what I can only interpret as an act of personal aggression against me. You can read it here and find out why I think it actually owes less to Prince than to David Bowie, specifically 1975’s Young Americans:

Next week, I’ll finally have a little more time to do some writing for himself (a.k.a., this blog). I’m also recording another batch of Prince: Track by Track episodes tomorrow, the first of which you should be hearing very soon. Perhaps, at some point, I will also get some sleep.

October 19, 2018 marks the 39th anniversary of Prince’s self-titled second album–not the most glamorous occasion, perhaps, but reason enough to reassemble the review panel from our For You podcast for a reappraisal. Once again, Zach is joined by Harold and KaNisa for a track-by-track discussion of this underappreciated album, its resonances throughout Prince’s career, and why it still matters.

podcast, you can subscribe to dance / music / sex / romance on your aggregator of choice (iTunes, Stitcher, or Google Play); and if you like what we’re doing and want to spread the word, please leave us a review! In the meantime, the d / m / s / r blog will return next week with one last track from 1981.