As I divide my writing time this week between d / m / s / r and the various year-end list obligations from my other side hustle as a freelance music writer, here’s the latest of my guest appearances on Darren Husted’s Prince: Track by Track podcast, talking about a nice-but-not-beloved song from a nice-but-not-beloved album:

Speaking of end-of-year stuff, I suppose now is as good a time as any to give some indication of how I see the rest of the month shaking out. I plan to get at least one or two songs into the Time’s second album–ideally starting this week, though the aforementioned freelancing obligations mean that next week is a safer bet. Before I shut down for the holidays, I also plan to post (by request!) a new installment in my series of alternate universe fan-fics masquerading as serious historical thought experiments.  And I think I’m on the slate for at least two more episodes of Track by Track in 2018. My own podcast is currently dormant, but will return in the new year with, at the very least, another album review. And then we’ll be on to 1999 before we know it in 2019! As always, a heartfelt thanks to everyone who takes the time to read and/or listen to my thoughts–I know you have many choices when it comes to Prince-related commentary, etc., etc.

(Featured Image: Prince by Jurgen Reisch, from the Prince

As we discussed last week, Prince responded to his scuppered 1979 tour plans in characteristic fashion: by throwing himself even further into his work. Pepé Willie, his cousin by marriage–and, at the time, his informal manager–recently recounted a story from around this period to Rolling Stone’s Kory Grow. “One night, at around 10:30, I tried to call Prince and I didn’t get an answer,” he said. “So I went over to his house, because he wasn’t far from where I lived, and I see his car parked in front of his house. I rang the bell, knocked on the door and I didn’t get no answer. Then I hear this little tapping sound, and I went around to the side of the house and I peeped through the basement window, and Prince was down in the basement playing drums. I mean, he was wailing away. And this was after 12 hours of rehearsing. It was just unbelievable. So I had to tap the window in-between the drum beats so he could hear me, and then he came to the door and we talked. But after that experience, I had said to myself, ‘Gee, no wonder why he’s so good. This guy practices all the time’” (Grow 2016).

In addition to the non-stop rehearsals, Prince also wasn’t above picking up a session gig or two. In February of 1979, Tony Silvester from soul trio the Main Ingredient (of “Everybody Plays the Fool” fame) contacted Willie with an opportunity: he was producing an album by Pepé’s old employers, Little Anthony and the Imperials, and needed musicians. “I told him, ‘Look, I got two musicians who can play everything,’” Willie recalled to biographer Matt Thorne (Thorne 2016). So Willie, Prince, and André Cymone left for Music Farm Studios in New York, where they cut a handful of backing tracks in a one-day session. Silvester and the Imperials didn’t end up using them–though two of the songs they recorded, “If You Feel Like Dancin’” and “One Man Jam,” would later show up on the 94 East compilation Minneapolis Genius

. Of more historical significance, however, were the personal demos Prince and André squeezed in at the end of the session: including one song, “I Feel for You,” that would become one of Prince’s enduring classics.

END_OF_DOCUMENT_TOKEN_TO_BE_REPLACED 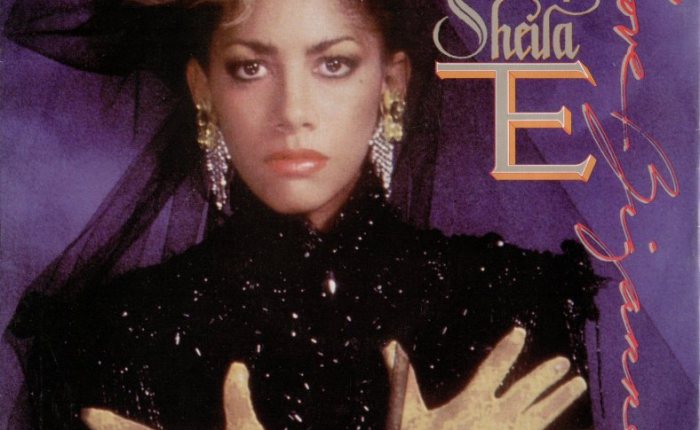 This Saturday on Andresmusictalk, I’m stretching the definition of the “Prince protégé” a bit to talk about Sheila E: Prince’s longtime collaborator, on-and-off sidewoman, briefly his fiancée, and most recently, perhaps the most prominent carrier of his musical legacy. Check it out here:

Back to the For You grind on Tuesday…see you then!