Of the 11 songs that would eventually make their way onto Prince’s fifth album, “Lady Cab Driver” appears to have had the longest gestation period. The song was completed at Sunset Sound on July 7, 1982, the day after “Moonbeam Levels”; but, as the recent deluxe edition of 1999 revealed, its seeds had been planted during a break in the Controversy tour over half a year earlier on December 8, 1981, in the form of a different song called “Rearrange.”

According to sessionologist Duane Tudahl in the Minneapolis Public Radio documentary The Story of 1999, “Rearrange” was long known to researchers by its title alone: “it was one of those songs that we’d heard existed, but I didn’t think it was actually a song,” he told host Andrea Swensson. “I thought it was just some shuffling of his stuff”–a studio note indicating a literal rearrangement of tapes. As it turned out, of course, it was real–though it was also little more than an admittedly funky sketch: a stark, mid-paced groove with a slick rhythm guitar hook similar to the Time track “The Stick.” Given this similarity–not to mention Prince’s guitar solo, which plays neatly to Jesse Johnson’s combustive style–it seems likely that “Rearrange” was at least provisionally mooted for that group. But this is just speculation; ultimately, says Tudahl, we “don’t know whether it was intended for 1999, whether he was searching for a voice for 1999, or whether he was saying, ‘I gotta record another Time album soon.’ But either way it was something that was not planned. He just thought, ‘I’m in the studio, I gotta record, I’m going to record. This is what I’m gonna do’” (Swensson 2019 Episode 2).

END_OF_DOCUMENT_TOKEN_TO_BE_REPLACED

It’s difficult to pin down exactly when the color purple took on the deep significance it would come to hold in Prince’s creative universe. The reference to a “purple lawn” in his 1976 song “Leaving for New York” was an interesting piece of trivia, but it felt more like an early attempt at Joni Mitchell-esque lyrical impressionism than the genuine birth of a motif. It wasn’t until much later, after the pastel pinks and blues of 1979’s Prince and the stark monochrome of 1980’s Dirty Mind, when the color began to show up in earnest. The album cover for 1981’s Controversy featured a lavender font, with Prince sporting one of his trademark studded trenchcoats in a matching color. And of course, at some point after he moved into his house on Kiowa Trail in Chanhassen, Prince had the exterior painted from its original cream color to an electric purple.

Whether the color’s private importance to Prince was a recent development or a long-simmering fixation, however, it was on his fifth album in 1982 that he finally shared it with the world. 1999 is rife with lyrical references to purple: it’s the color of the title track’s apocalyptic sky; the “rock” he invites listeners to “take a bite of” in “D.M.S.R.”; the “star in the night supreme” to which he compares his lover in “Automatic”; the promised “love-amour” and the “high” he craves in “All the Critics Love U in New York.” The album’s artwork, too, is dominated by purples of all shades: from the deep royal purple of the background to the phallic, red-tinged shades of the lettering, to the cool violet tones of the inner sleeve photo of Prince with his backing band. Yet not even this veritable explosion of purple makes as clear a statement as another song, recorded at some point during the 1999 sessions and titled simply “Purple Music.”

END_OF_DOCUMENT_TOKEN_TO_BE_REPLACED

Last month, I wrote a little more than 3,500 words about Prince’s first Top 10 single, “Little Red Corvette.” Lest you think that’s all I have to say about the song, here’s a little under an hour and a half of me on Jason Breininger’s Press Rewind podcast continuing to sing its praises:

That, at least for the time being, is the last I have to say about “Little Red Corvette”–though, as I note in the podcast, I could have gone on even longer than I did. Back here on the blog, I’ll be wrapping up the Time’s second album in the next couple of weeks. And, if you’ve been missing my beautiful voice, good news: not only am I scheduled to make another guest appearance on Press Rewind in the near future, but I am also a measly eight dollars away from my Patreon goal to relaunch the d / m / s / r podcast. The next person who supports the Patreon could easily be the person to push us over the edge! If you want to be that person, just click the link below: 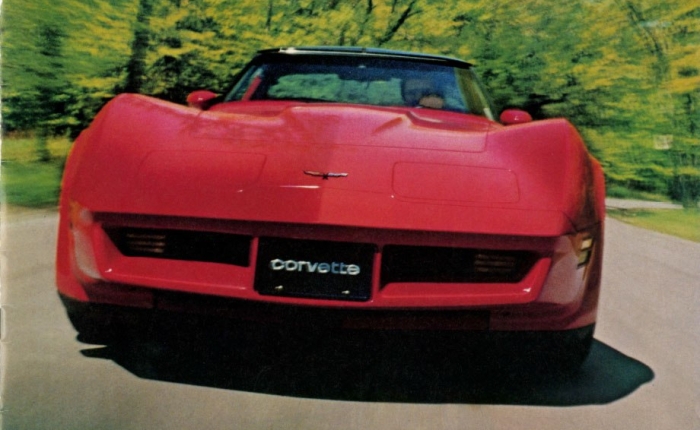 Upon his return to Chanhassen from Los Angeles in May of 1982, Prince’s first task was to upgrade the basement studio in his home on Kiowa Trail: replacing the original 16-track console with a new 24-track Ampex MM1200 machine. According to biographer Per Nilsen, this project took about two weeks, overseen by Prince’s go-to home studio tech and engineer, Don Batts. Astonishingly, within hours of the new studio’s setup, Prince had recorded the basic track for one of his most enduring songs, “Little Red Corvette.” “It was incredible to build the studio in that short time and then come up with that tune so quickly,” Batts recalled. But, as he also acknowledged, “That’s how fast it generally went” (Nilsen 1999 100).

Indeed, much about “Corvette” seemed to emerge with almost supernatural ease, as if Prince had merely plucked it from the ether fully-formed. According to legend–and like other 20th-century pop standards, the Beatles’ “Yesterday” and the Rolling Stones’ “Satisfaction”–the song first came to him in a dream, while he was dozing off in the front seat of keyboardist Lisa Coleman’s 1964 Mercury Montclair Marauder. “I bought this vintage pink Mercury at a car auction,” Coleman told The Guardian in 2008. “It was so bitching-looking that Prince used to borrow it and dent it, which I’d make him feel bad about. He slept in it one time and came up with ‘Little Red Corvette’… even though it was a pink Mercury” (Elan 2008). Prince wrote in his unpublished liner notes for the 1993 compilation The Hits that he “always considered the song a dream because it was written between 3 or 4 catnaps and he was never fully awake” (Dash 2016).